The history of L'Hotel Paris

L’Hotel was built in 1828 by Célestin-Joseph Happe in the exact location occupied by La Reine Margot’s Pavillon d’Amour (Pavilion of Love) in the 17th century. The building became Hotel d’Allemagne in 1868 and then Hotel d’Alsace after the war of 1870.

The Place To Be Seen

Oscar Wilde took up residence at the end of the 19th century and lived at L'Hotel until his death, famously claiming to 'live above his means'.

After undergoing extensive refurbishment in 1967, L'Hotel soon became the place to be seen in Paris, with every famous visitor to the city passing through it's doors, from Salvador Dali, Princess Grace, Frank Sinatra and Elizabeth Taylor to Richard Burton, Jim Morrison and Serge Gainsbourg.

L'Hotel's iconic status as the leading hotel on the Left Bank was confirmed following a stunning overhaul by legendary designer Jacques Garcia, which won many accolades and awards.

With 20 bedrooms, L’Hotel is one of the smallest 5 star hotels in Paris. There is a pool set into the vaults for guests to enjoy in privacy, and a chic bar and lounge area for cocktails, tipples and light bites. L'Hotel is one of Paris's best loved institutions and is famous around the globe for it's discreet and glamorous charm.

It is part of A Curious Group of Hotels, a British company of hotels and restaurants for the culturally curious, which also owns Cowley Manor in the English countryside, Canal House in Amsterdam and The Portobello Hotel in London.

Experience this for yourself 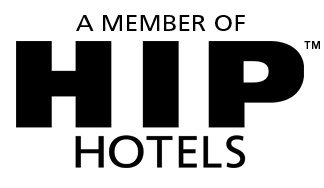